Dear American people, Congrats for the new president! There are 59 Million of you who are celebrating this. Let me tell you how things look like from the other part of the world, the Middle East.

Some people here are happy as you are, but for a different reason. They see Trump as representing the true face of America: white supremacy. He does not try to beautify racism, elitism, xenophobia behind rhetorics, he says it as it is. They think for what America has done in the world, this is what suits it best. Others wary his deeds as a president, internally and towards the outside. However, both camps agree on one thing: He is a very bad choice. And he is no different from the leaders we are fighting to overthrow here.

Not that they see Hillary as a better choice. The contrary. In fact the Middle East’s bon-tone was that these elections are about the lesser of evils. So make no doubt. 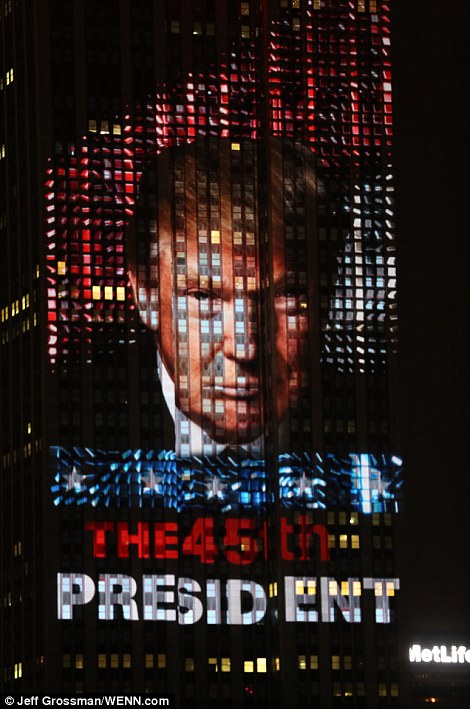 In 2006, Palestinians elected Hamas in a free election according to all International observers including the UN. Israel, the US and Europe did not like the results. They boycotted Hamas Government, and cut all financial aid to the Palestinians as a punishment for their choice. Later on, this developed into supporting and collaborating with the Israeli blockade on Gaza, jailing about 2 million people in the biggest open air prison on earth.

Iraq’s current destruction is because one of your presidents thought he had the “divine” mission to save the Iraqis from their dictator, and he decided to do so by launching a war and destroying a whole country.

This attitude is not exclusive to the Middle East, google US interventions in Latin America, Vietnam and many more to explore further.

I think what was striking for many of us this election, is the massive support Trump has received despite his blatant racist, elitist and sexist attitude towards people of color, immigrants, refugees, women etc., his hostility towards the Arab countries and more. No matter how you explain the voting trends, people voted for the package Trump represented.

For long we have struggled to differentiate between the Americans and America, between the people and the regime. You now make it harder!

We hear and understand the experts’ analysis on the “white working class” voting against the establishment and for a better economy. But listen to yourself, it’s a “white working class”, who voted for its own interest regardless of Trump’s racism, xenophobic messages and plans. I mean don’t you see how ethnocentric this is?

We are aware that American society is not one hegemonic entity, and that it composes of so many different groups and communities with different privileges, classes, fears, concerns, struggles and fights. But the election of Trump showed which ideology is dominant and popular.

Americans have a long way to go. The first thing they should stop doing, is stop preaching to the world about democracy, freedom, values etc. and start dealing with their own, excuse my language, shit. You were/are no better than other nations. Please stop with this “America is the greatest nation”, no you are not! You are like many others, with so many problems and issues you need to deal with.

It’s actually the opposite, it’s time for you to ask people in the so-called “Third World” for advises, because we know your regime much better than you, and because we have been long resisting backward/racist/tyrant/dangerous regimes, that your country have supported, worked with, or sometimes against (depends on your interest) only to bring destruction and disasters.

Unfortunately, or maybe fortunately, we don’t have power, weapons, forces, NATO or money to come “save” you, we have enough issues to deal with here. You have to do it on your own.

We just hope that the election of Trump would shake and wake enough of you so you join the struggle for justice everywhere. This is the bright side we all together should see!

2 thoughts on “A Middle Eastern Take on Trump’s Election”